Grain is Flowing Through the Canal

The February 6th U.S. Grains Council Chart of the Week shows the export destinations of U.S. grain, including soybeans, corn, sorghum wheat, rice and other, that was transited through the Panama Canal following the 2013 U.S. harvest season. According to the Panama Canal Authority, this is a record year for U.S. grain cargoes passing through the Canal, with more than 20.4 million metric tons shipped so far this marketing year, October through January. That's a 36 percent increase over the same time period last year. Approximately 4 million tons (157.4 million bushels) of U.S. corn and 1.6 million tons (62.5 million bushels) of U.S. sorghum have transited the Canal since October 2013. 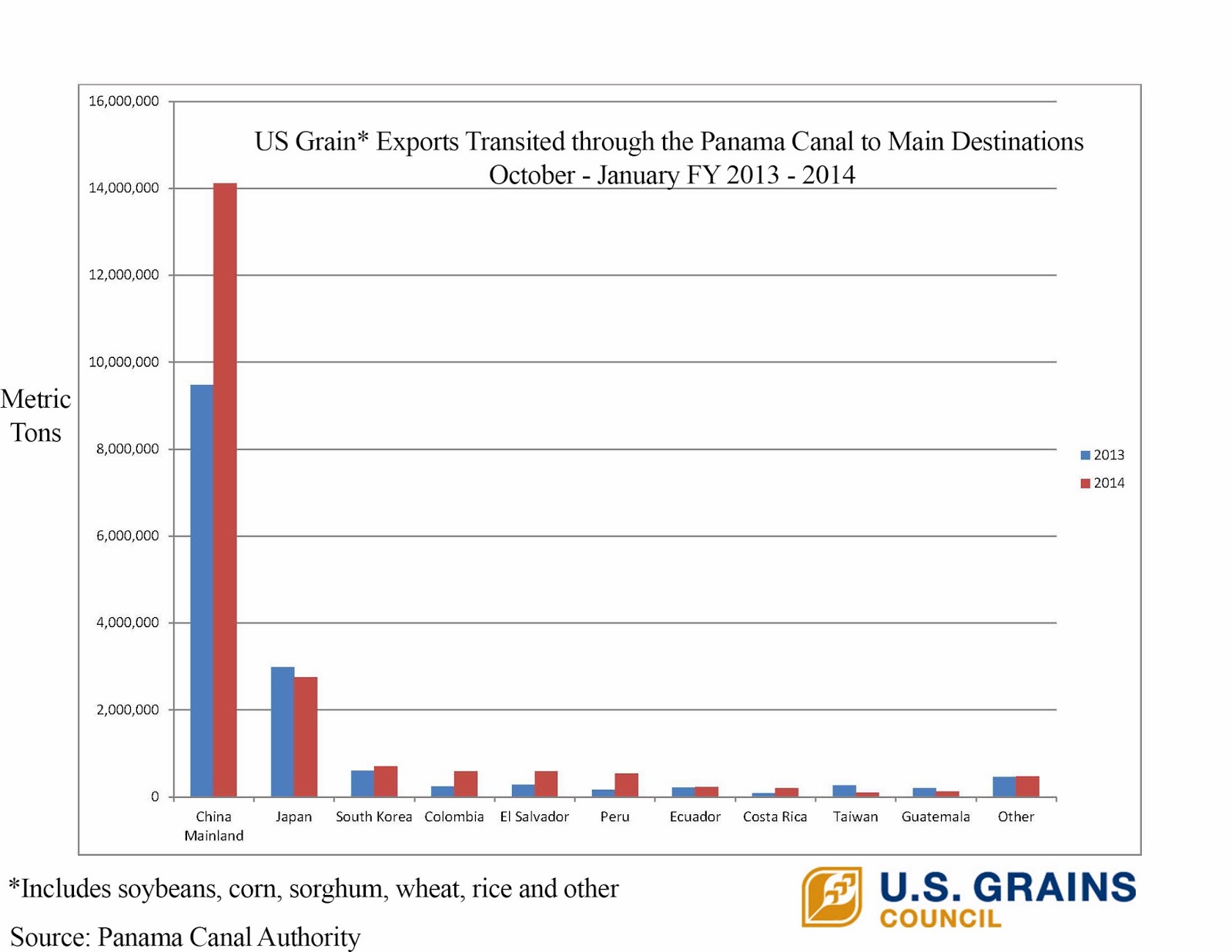 U.S. corn cargoes shipped through the Canal have increased more than 78 percent compared to 2012 volumes. Considering the 2013/2014 U.S. corn crop featured record production while the 2012/2013 U.S. corn crop experienced a severe drought, this is not surprising. According to the USDA's January World Agricultural Supply and Demand Estimates, U.S. corn production is expected to be a record 252.7 million tons (9.9 billion bushels) for the 2013/2014 marketing year that began in September 2013. This is a 30 percent increase compared to 2012/2013 marketing year.

China was the primary beneficiary of these cargoes with a 48 percent increase in shipments, followed by Japan and South Korea - end excerpt.

However, it is interesting to consider explanations for the slackened export pace of grains and oilseeds headed to Japan through the Panama Canal, as compared to the previous marketing year. Click on the chart and you'll see tonnage to Japan, Taiwan, and Guatemala are all trailing. This is surprising given 12/13 was a drought year. Here are some possible explanations. These nations have not yet regained full faith in the ability of the United States to be a reliable supplier. Or, since 2012/13 Gavilon has become a larger supplier of grains and oilseeds through United States west coast ports. This would mean fewer bushels of grains and oilseeds originating in New Orleans and transiting the Panama Canal.