Showing posts with the label land
Show all 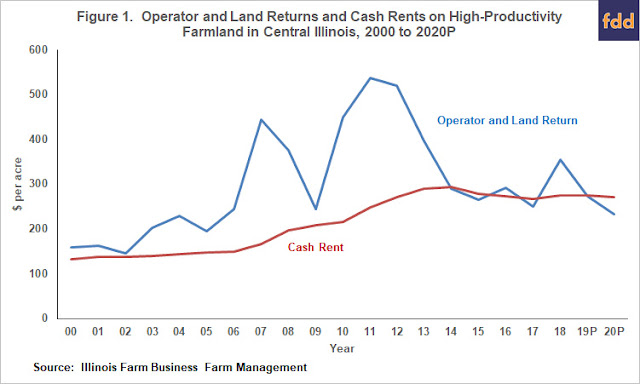 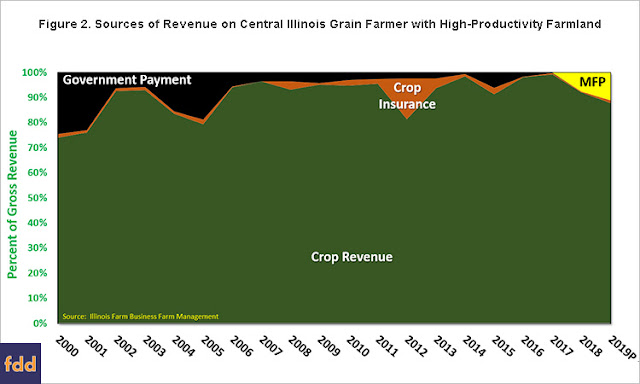 Cash Rents and the 2019 Growing Season

Professional farm managers in the state of Illinois have completed a cash rent survey. Todd Gleason reports it is a fairly go indicator of where cash rents in the state can be expected to go. He talked with University of Illinois Agricultural Economist Gary Schnitkey about the results.

This is the third year of a financial crunch on the farm. It follows on the heels of a series of tremendous seasons since 2006. The extra money, from then, is now starting to run out.

The financial stress in the ag sector may really begin to show this fall if low commodity prices persist says the Director of the TIAA CREF Center for Farmland Research on the Univeristy of Illinois campus, Bruce Sherrick.

Quote Summary - It is already affecting cash rents and land prices some. However, on a percentage basis not as much as the current cash prices (would suggest) for delivery within this year at least.

Sherrick says a a couple of things have happened which explain this buffering. The last several years have been really quite good for agricultural incomes. So, farmers have pretty strong balance sheets. It is easier to weather a downturn, says Sherrick, after a few good years, than a bad year after a few bad years, “We are seeing, clearly, working capital crunches beginning to hit people. This is the first year that is material, and lenders are seeing and uptick in volume. As we’ve adjusted to more normal stocks, we are into a period were we think, ”this might be the last year were people can really just stand for what’s going on without making some major changes in how they manage cash rents, or inputs, or financial structures".

This does not mean the price of farm land will plummet. Long term interest rates are very, very low and the rate of turnover in farmland is supper small.

Money is cheap and farmland for sale is scarce.

Quote Summary - If you look at the number of acres that sell, maybe around 2% transfer per year within the agriculturally intense states. Only half of that moves outside of a family. The market is thin, and this helps buffer or slow down changes in farmland values because of changes in short term farm income. The low interest rates help people pay for a longterm investment with a stable cash return that can be rented for perhaps 3% of its value on a cash basis.

Farm land doesn’t look like such a dire situation, then, when you step back from it. It also has shown, very reliably says Bruce Sherrick, a positive correlation with inflation. Even if the price of commodities stay relatively low, it may be that the price of farmland, as an owned asset, will help farms stay afloat.

An ag economist on the University of Illinois campus is continuing his calls for farmers and landowners to lower cash rents.