Showing posts with the label finance
Show all 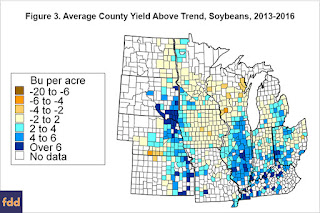 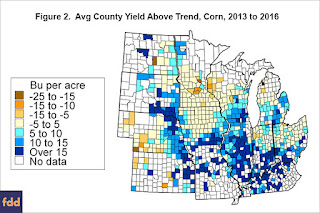 Third, the above yield maps likely are indicative of relative financial performance since 2012. Overall, incomes have been lower since 2012. However, farmers in Illinois and other higher yielding areas likely have fared better than farmers in Iowa and other regions with near average yields. Again, weather variations can change from year-to-year, so areas with higher and lower yields will change over time.
Read more

Grain farmers throughout the Midwest are suffering through a third straight year of losses and prices don’t look to go high enough, yet, to stabilize net incomes. A University of Illinois study suggests the cash price of corn needs to be $4.20 a bushel to make that happen.