Showing posts from July, 2020
Show all

Fungicide Applications on Corn and Soybeans

July 18, 2020
Farmers will be urged to make fungicide applications on their crops this month. Todd Gleason discussed the issues related to both corn and soybean diseases with ILLINOIS Extension Plant Pathologist Nathan Kleczewski.Todd E. Gleason · Fungicide Applications on Corn and Soybeans
Read more 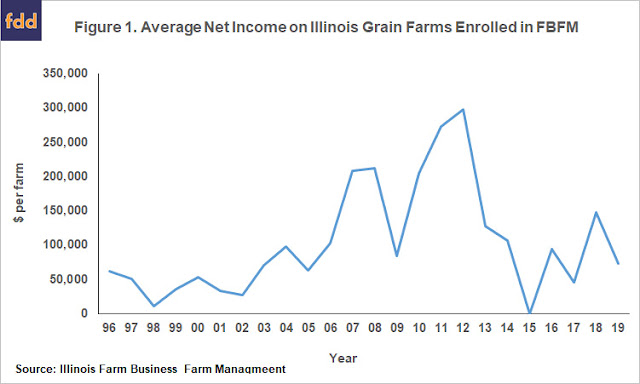 We project net incomes for a typical Illinois grain farm in 2020. Before the onset of COVID–19, 2020 net incomes were expected to be low without a turnaround in exports, likely resulting in pressures to continue Market Facilitation Program (MFP) payments. With COVID–19 at the forefront in 2020, the Coronavirus Food Assistance Program (CFAP) was implemented to provide relief to offset losses due to the virus and COVID–19 control measures. Even with CFAP payments and larger payments from commodity title programs, incomes are projected to be negative in 2020. More Federal aid could result in 2020 incomes being close to 2019 incomes. Looking ahead, the recent increases in Coronavirus outbreaks suggest this environment may not improve soon and could result in very …
Read more 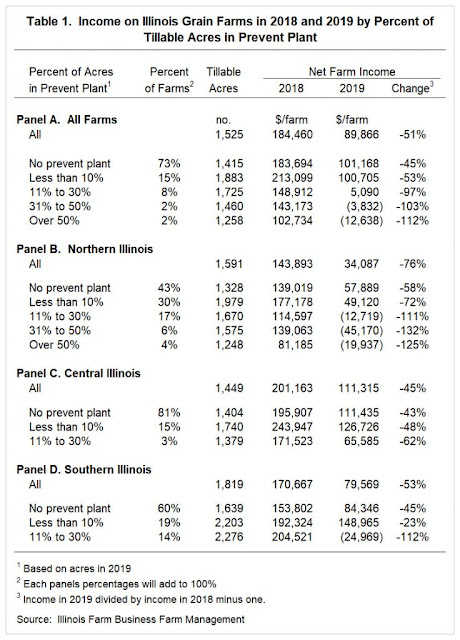 In 2019, spring weather was very wet, and many farmers in Illinois had prevented plant (PP) acres. Compared to 2018 incomes, 2019 incomes declined more for those farms that had a larger proportion of their acres in PP. While some have suggested that PP payments may overcompensate farmers, the income results presented in a new paper from the University of Illinois do not support the contention. Todd Gleason has this discussion with ag economist Gary Schnitkey.

Table 1 shows 2018 and 2019 incomes on Illinois grain farms enrolled in Illinois Farm Business Farm Management (FBFM). To be included in Table 1, a farm had to meet the following criteria:
Receive the majority of their incomes from grain operations,Have over 500 acres, andHave records that were certified useable by Illinois FBFM staff in both 2018 and 2019. A total of 1,483 farms meet these criteria, …
Read more

The Acreage and Grain Stocks reports, released on June 30, produced some surprises for the corn market. The drop in acreage spurred a rally in corn prices and injected some optimism into the corn outlook moving into the 2020 marketing year. The market turns to weather forecasts and the upcoming WASDE report for price formation over the short term.

Companies along the food and fiber supply chain are thinking through how to incentivize clean water and conservation practices while providing for consumers’ wants and demands.