Showing posts from September, 2019
Show all

Farmers generally try to get their taxes in order before the end of the year. This season they may need to consider MFP and Prevented Plantings payments and how to best make charitable contributions.

Another payment farmers may not be used to dealing with involves the Prevented Planting portion of crop insurance says Bob Rhea, “Those payments are either taxable when received, or under certain circumstances, could be delayed until 2020 the year after the disaster occurred. So, they should visit with their tax professional as they determine, especially as we near year end, whether those should be taken as 2019 income or used under the election to be treated as 2020 income.”

Rhea presented during this fall’s ILLINOIS Farm Tax School Seminars. He reminded the tax preparers in attendance that farmers also have a unique way to make charitable contributions, “IRS has prescribed some specific steps to validate a contribution with grain. One of those is that the grain must be delivered to the charity. The charity must be the owner of the grain in inventory, and the producer should notify the charity that he has provide x-number of bushels in their name at a certain location. The charity then, from that point, takes the risk and makes the sale and handles the cash proceeds from there.”

In simple terms the producer delivers grain in the name of the charity to the grain elevator, notifies the charity, and the charity then makes the sale.

Have Soybean Prices Put in a Low


The price of soybeans may have put in a seasonal low but there are a lot of factors at play. Todd Gleason has more on what farmers should do with University of Illinois Agricultural economist Todd Hubbs.

Last week’s price rally in the soybean market relied on the prospects of easing trade tensions with China. The potential for soybean prices to maintain recent momentum depends on developments in trade negotiations and production prospects for both the U.S. and South America. 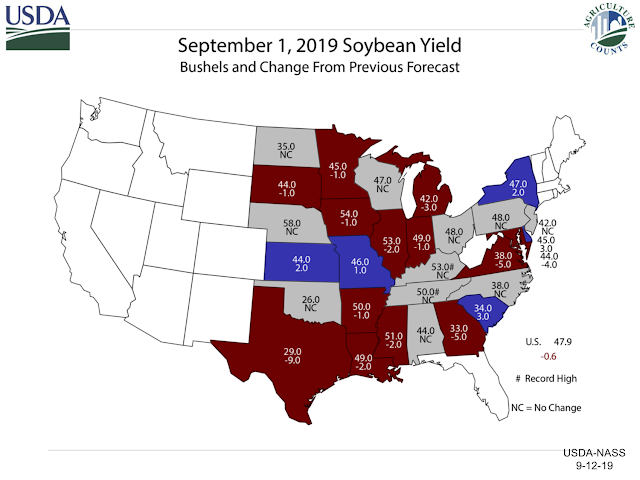 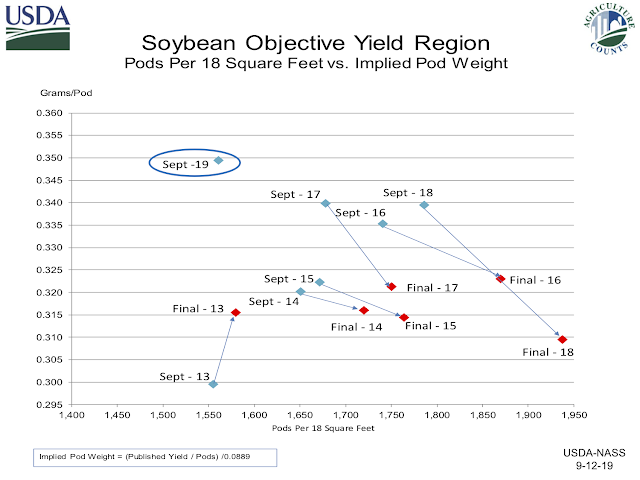 The crop production report showed the lowest pod count for the 11-states in the objective yield survey since 2012. At 1,561 pods per 18-square feet, this year’s pod count led to an implied pod weight near 0.35 grams per pod. A pod weight at this level is the highest in a decade and led to speculation about potential lower pod weights in this late-planted crop. Over the last five years, pod counts increased from the September forecast to the final yield estimate. Pod weights over the same period fell in four out of the five years. 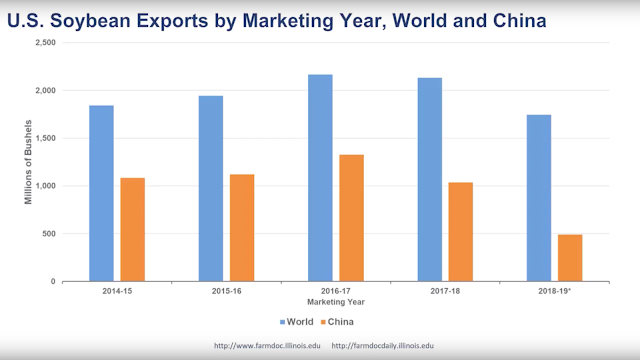 New agreements with Argentina and Russia on meal imports combined with an expanded emphasis to rebuilding the hog herd decimated by African swine fever point towards China preparing for an extended fight in the trade war. Additionally, Chinese soybean production sits at a forecast level of 628 million bushels, up 8 percent from last year. The lull in the trade fight may allow China to backfill soybeans and pork to alleviate domestic pressures and settle in for a protracted battle. While Chinese buying of South American soybeans may cool in the near term, the potential for U.S. soybean exports to remain at reduced levels from pre-trade war totals in the 2019–20 marketing year continues as a high probability. Soybean production prospects in South America will continue to be crucial over the next few months, particularly if the trade war rekindles.

If production issues do not materialize, the status of the trade war will be paramount. Current U.S. crop prospects point to maintaining some of the recent price gains. A failure of trade negotiations in October may push prices back to ranges seen in early September. Marketing soybeans on price rallies associated with trade negotiations and weather may be prudent. The uncertainty related to production levels and trade remains exceptionally high.
Read more
More posts