Showing posts from October, 2017
Show all

Farmers in the United States have been planting more and more acres to soybeans. There is a simple reason behind this increase. Soybeans have been more profitable than other crops over the last several years. The question now is how many acres will they plant next year. University of Illinois Commodity Markets Specialist Todd Hubbs has been thinking about that one and he decided to determine how many acres are needed if the stocks-to-use ratio was to stay at about 7%.

Hubbs says that number should provide a $9.50 season’s average cash price, “If we assume seven-percent stocks-to-use in 2018/2019 would give us $9.50, which would cover the cost of production in Illinois based on current projections, how many acres of soybeans national under those assumptions would we need given a trend yield? Based on a trend yield of about 46.8 bushels to the acre, and it may be higher than that in 2018, we would need about 88.4 million harvested acres to get $9.50 based on a seven-percent stocks-to-use.”

If you use USDA’s long-term trend line yield for next year, 48.4 bushels to the acre, then the harvested acreage number must drop to about 85.4 million in order to get to the $9.50 season’s average cash price. That’s 86.2 million acres planted to soybeans in the United States next spring.

Farmers Desires for Enterprise Units Use Across County Lines

In a survey conducted by the Illinois Corn Growers Association, farmers with land in different counties indicated a willingness to combine insurance units across counties. Todd Gleason has more on the results with University of Illinois Agricultural Economist Gary Schnitkey.

Soybean Acreage in 2018 | an interview with Todd Hubbs

The market is currently sending a signal of maintaining the record high soybean acreage of 2017, but the necessity for that level of soybean acreage in 2018 could deteriorate quickly under evolving market conditions. Todd Gleason has more with University of Illinois Commodity Markets Specialist Todd Hubbs.

University of Illinois Agronomist Emerson Nafziger says deep prairie soils can provide up to one-hundred-pounds of N annually. This makes nitrogen fertilizer applications less limiting than once thought. Todd Gleason talks with Nafziger about how farmers should calculate anhydrous ammonia rates this fall.

The substantial rain that fell over central and northern Illinois between October 5 and 15 mostly soaked into the soil that was dried out by crop water use, and harvest has moved back to full speed in most areas. With harvest, thoughts turn to application of fall ammonia in central and northern Illinois. Almost everyone is on board with waiting until soil temperatures are at or below 50 degrees before applying ammonia. Cool soil (along with use of nitrification inhibitor) lowers the rate of nitrification, so helps preserve N in the ammonium form. Nitrogen present in the soil as ammonium is safe from loss.

So we need to wait to apply fall ammonia not only until soil temperatures are 50 or less, but until we have reasonable confidence that they’ll stay there. In Illinois, we normally consider November 1 to be the date at which we can be reasonably sure that soil temperatures won’t rise again until the next spring. That’s not a sure thing, however – in both of the past two years, soil temperatures have gone above 50 at least once between November and February. But most years it’s a reasonable starting date to balance keeping N safe with getting fall application done.

Air temperatures are forecast to stay in the 70s the rest of this week, to fall into the 50s (with lows in the mid to upper 30s) next week, then to rise again (with dry weather) for some period after that. We’re already past the average first frost date for central and northern Illinois, and even with more seasonal temperatures coming the last week of October, it doesn’t look like ammonia applied now will be as safe from nitrification and possible loss as will ammonia applied in November.

If the soil is in condition to apply ammonia, soil temperatures are in the upper 40s, and the 10-day forecast doesn’t show above-normal temperatures settling in, the last few days of October might offer an opportunity to start applying ammonia. But what if early November is warmer than normal, and soil temperatures remain above 50? Delaying application, of course, moves us closer to having safer soil temperatures.

Average Illinois fall temperatures have been trending slowly upward for some decades now, and as we have seen the last few years, waiting until November 1 does not assure low soil temperatures as consistently as it did in the past. So if a stretch of warm weather is still in the forecast at the end of October, it might make sense to wait a little longer. Otherwise, patience in waiting another 10 days will likely be rewarded, even if – as is often be the case when doing the right thing – the reward isn’t very visible.
Read more

Comparison of 2016 ARC-CO and PLC Payments

The United States Department of Agriculture will issue farm safety net payments this month. Todd Gleason has more on the payments for this year, and projections for next year with University of Illinois Agricultural Economist Gary Schnitkey. You may listen to that conversation.

Schnitkey, his University of Illinois colleagues Nick Paulson & Jonathan Coppess, and Ohio State’s Carl Zulauf also explored how the 2016 ARC County payments would compare to those from its counterpart USDA safety net program, PLC. This exploration is a head to head look at how each program performed.

The four academics compared PLC and ARC-CO payment levels per base acre in 2016. They looked at corn and wheat and then did a simple calculation for each to illustrate which USDA farm safety net program made the largest payments for 2016. They calculated by county, for the whole of the United States, the average county-wide ARC payment and then subtracted from it the calculated average county-wide PLC payment. The differences where mapped.


Again, while low wheat prices had the effect of triggering PLC and ARC-CO payments, most wheat producing areas experienced high yield levels, offsetting the price effect for ARC-CO payments. Less than 1% of counties triggered an ARC-CO payment per wheat base acre larger than the average PLC payment.

In summary, the farmdoc team finds low commodity price levels led to PLC payments being triggered for a number of program crops in 2016, including corn and wheat. Their models show the size of PLC payments per base acre vary regionally by the size of PLC program yields for those crops, with larger payments being triggered in areas with larger program yields. This includes the Midwest region for corn, and the Midwest, Great Plains, and Western regions for wheat.
Read more 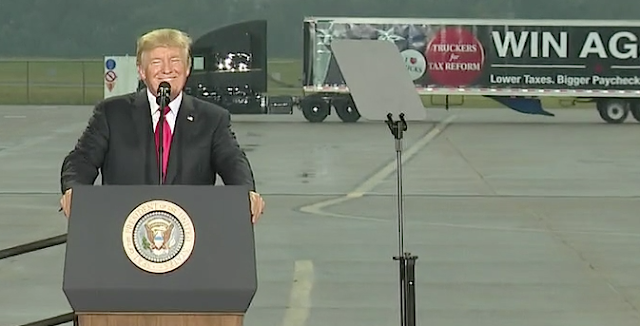 The President's proposal could seek to replace both by combining them into a single deduction which would sunset in five years.
Read more

Last week’s Grain Stocks report should reduce the ending stocks for both corn and soybeans this month.

USDA’s quarterly grain stocks estimate suggests there are fewer bushels of corn and soybeans leftover from last year than have been reported so far. University of Illinois Commodity Grain Markets Specialist Todd Hubbs says corn is off by 56 million bushels and soybeans are down 44 million, “I’d say one thing out of the stocks report is the idea that corn and soybean consumption is starting to get stronger as we move through the year. This is especially the case in some areas we didn’t see before like feed. For the soybean ending stocks, USDA adjusted 2016 production. This isn’t a shocker, but it did change the balance sheet.”

I’d say one thing out of the stocks report is the idea that corn and soybean consumption is starting to get stronger as we move through the year. This is especially the case in some areas we didn’t see before like feed.

Having said that, Hubbs admits the 2016/17 projected carryouts for corn and soybeans remain very large. It’s possible to roll forward the September grain stocks report to forward figure the October USDA Supply & Demand table… or at least some of the adjustment. When you do that it shows corn carry out at 2.295 billion bushels and soybean ending stocks at 301 million. It is a matter then, says, Hubbs, of laying off the heavy supply-side against growing consumption - which for the moment is hampered by low river water levels that have been causing transportation problems to the Gulf of Mexico. Hubbs says, “The strong demand, the strong consumption, that we’ve been seeing is a good sign as we move through the next marketing year if we can keep it up. Right now we are suffering under these supply and transportation issues.”

It’s not to say a bullish market is around the corner, but that demand should provide a series of marketing opportunities over the coming months.