Showing posts from July, 2015
Show all

FarmDocDaily Article by Darrel Good, University of IllinoisIt looks like this year’s U.S. soybean crop may be a bit smaller than expected, but at the same time it appears there is a corresponding drop in need. Although “need” might be a pretty strong term.U of I ag economist Darrel Good has put the price tug of war related to supply and demand into context as positives and negatives. Here’s a list of items supporting a higher price for soybeans.First, on the supply side, the smaller than expected June 1 USDA stocks estimate. It resulted in the agency lowering the projection of this year’s ending stocks (what’s going to be leftover when we get to the fall) to 255 million bushels. That’s 75 million bushels less than the month earlier and 220 million bushels less than what USDA thought might be left when the first projections started coming out last year. Second on the list is the June 30 USDA Acreage report. It predicts harvested acreage of soybeans this year will be about 700,000 acres…
Read more

Rain from Missouri to Ohio has kept farmers from planting part of this year’s soybean crop, but nobody knows for sure - yet - just how many acres have been idled. USDA has a term for land farmers planned to, but failed to sow because of the weather. It is “prevent plant”. This year rain has prevented farmers throughout the Midwest from planting some acres of soybeans. USDA has one figure already, but it is surveying farmers in Kansas, Missouri, and Arkansas to see if it needs to be updated. The figure is not for prevent plant, but rather for planted acreage. This year that is expected to be a record high 85.1 million acres. But there has been a lot of rain and the number will probably change. Gary Schnitkey wanted to know if history could act as a guide to how many acres might eventually not be planted to soybean.Quote Summary - Just to give you a feel, from 1996 through 2014 on average there were 759 thousand prevented plant acres for soybeans in the U.S. There were four years when t…
Read more 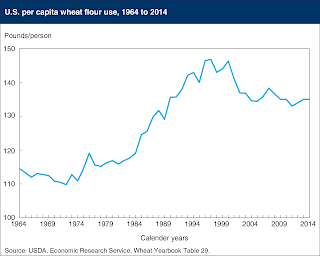 The following chart and commentary are posted to a USDA ERS website. Essentially it tracks how many pounds of wheat flour the average U.S. citizen has consumed per year since 1964. The ERS commentary on the reasons for the increase in consumption through the mid-1990's and sudden drop near the turn of the century reflect the eating habits of a couple generations of Americans.
Wheat consumption stable among U.S. consumers in recent years.
Per capita wheat flour consumption has been relatively stable in recent years, and is estimated in 2014 at 135 pounds per person, unchanged from 2013 but down 3 pounds from the recent peak in 2007. The 2014 estimate is down 11 pounds from the 2000 level when flour use started dropping sharply, partially due to increased consumer interest in low-carbohydrate diets. From the turn of the 20th century until about 1970, U.S. per capita wheat use generally declined, as strenuous physical labor became less common and diets became more diversified. Howev…
Read more 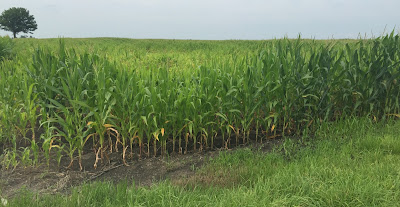 The rain fall throughout the corn belt has built a great deal of uncertainty around the size of this year’s corn crop as predicted by the United States Department of Agriculture says University of Illinois Ag Economist Darrel Good. He thinks the amount of this “uncertainty” is more than usually the case.

USDA released projections for the 2015–16 corn marketing year July 10th. The next update is due August 12th. The new crop corn marketing-year ending stocks of corn are currently expected to be 172 million bushels smaller, and the average farm price is expected to be $0.25 higher, than projected a month earlier. Those are the numbers in question. Both are related to the size of this year’s crop, and the ILLINOIS agricultural economist has some thoughts on the “unknowns” as it relates to risk and price.
Quote Summary - In years with substantial production uncertainty, prices tend to be above the subsequent marketing year average during the growing season, offering producers the opportun…
Read more

The Consequences of a Foot of Rain in June 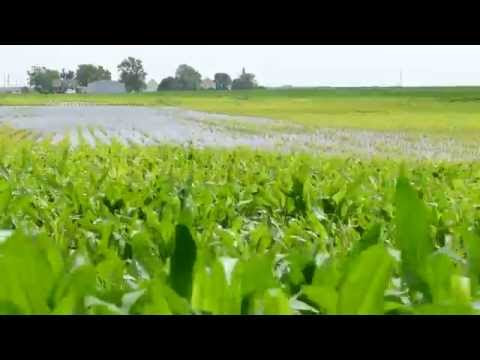 The rainfall in May and June has put the corn crop in a difficult position this growing season. Late in June the corn crop in eastern Illinois north of Interstate 74 was under water. It looked bad, really bad. Oh there was some of it that looked pretty good, but not much. Things across the border in Indiana aren’t much better, and neither, apparently, is a large part of Missouri and southern Illinois. The crop has just gotten way to much water says University of Illinois Extension Agronomist Emerson Nafziger. Quote Summary - This is one of those times when the consequences of having a foot of rain in June is not something we would want to ever have and this year it is going to have a serious affect on the crop.There are two primary concerns related to corn. The moisture is a great haven for the development of disease. The other concern, and this may be more important moving through July and August, is that the root system of the crop hasn’t had any need to develop…not just the roots o…
Read more