Showing posts from June, 2014
Show all

Friday USDA released the Quarterly Hogs & Pigs report. During an interview late Friday afternoon Purdue Extension Ag Economist Chris Hurt said the figures show, as it relates to the amount of corn consumed by the nation's hog herd, the lower number of animals coming to market now because of PEDv is offset by heavier weights. Essentially, Hurt says feeding fewer pigs to heavier weights consumes about the same amount of corn (he thinks) and produces about the same amount of pork.

You may read Chris Hurt's thoughts on the livestock market once a month in The Weekly Outlook posted to the FarmDocDaily website during the noon hour on Mondays.

The nation's wheat crop is suffering from too much rainfall. It is causing harvest delays in the hard red winter wheat growing regions of the southwestern United States, and the development of disease issues in the southern Illinois soft red winter wheat crop.
Read more 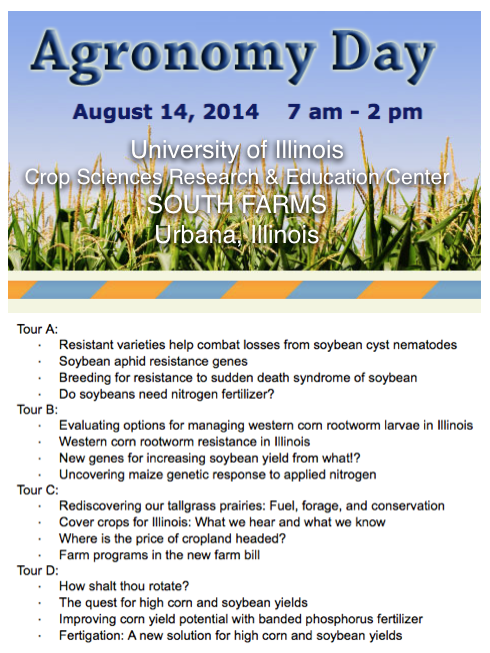 Art on the Roadside 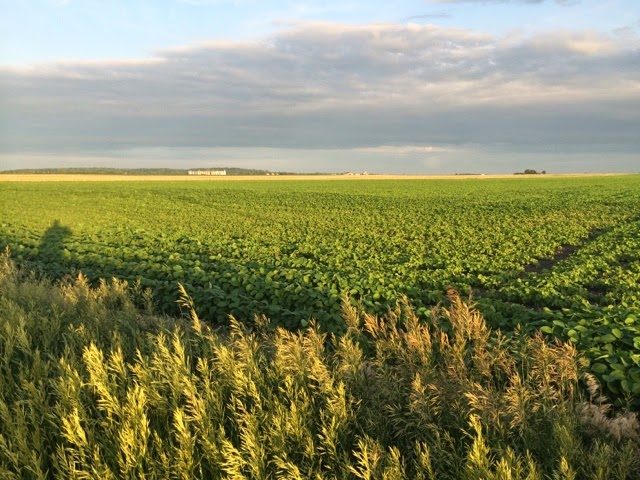 Photographers call the time before sunset the golden hour. The light bends and shimmers across the landscape from a very low angle. It is a beautiful time of day to take pictures.

You might say the sun paints the planet with golden light.


These photos were taken during my evening walk Sunday June 15, 2014 near my childhood home outside Elkhart, Illinois. They were shot facing the southeast with the sun directly at my back.

Nature does the best job of painting the landscape, however an app called Waterlogue helped me create an interesting artistic view of the art on the roadside.
Read more

Traders in Chicago have a better handle on a disease in the nation’s hog herd. Lean hog futures have responded by moving lower. Purdue Ag Economist Chris Hurt has more on why the price of pork is on the decline.
Read more

Visit a Grain Elevator on a Sunday Afternoon

Some Sunday this summer you should make the drive to Atlanta, Illinois and tour the old grain elevator. It stopped taking in corn long ago and sat unused for years. Then the townsfolk decided, in the mid 1990’s, to refurbish the J. H. Hawes Grain elevator. Today it is a museum on the registry of historical places in the United States. You can learn more on the museum website.


The J. H. Hawes Grain Elevator and Musuem is open to visitors from 1 p.m. to 3 p.m. every Sunday afternoon in June, July, and August. Here are few facts and figures about the machinery in the elevator.