Showing posts with the label El Niño
Show all

The agricultural economists at the land grant university in Illinois have gone through 56 years of weather data to see if there is any connection between the current El Niño event and trend yields for corn. 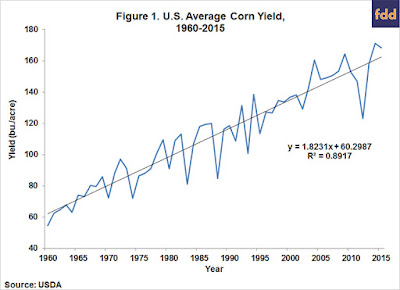 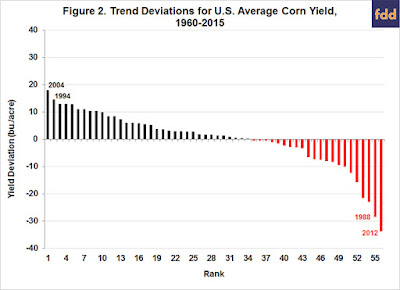 The model used very reliably predicts summer heat waves, however, it is not so great at determining the amount of rainfall. Recall the reference Irwin made to the 1997/98 pre-season El Niño, the largest on record, similar to this year. The national corn yield was 3 bushels to the acre above trend. The heat wave came, it was just very last in August and early September after the corn crop had been made.
Read more 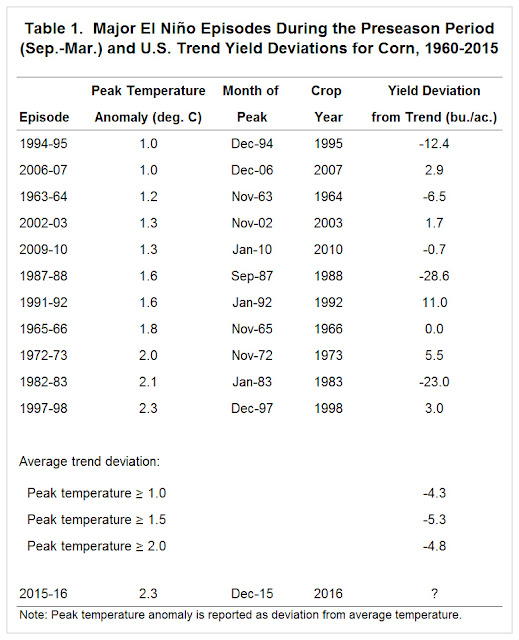