Showing posts with the label MRTN
Show all

Nitrogen fertilizer prices are averaging lower now than in any time since September 2008. These lower prices could translate into roughly a $10 per acre saving in nitrogen fertilizer for the coming 2018 production year. Further savings may be possible for those farms who are applying above recommended nitrogen rates and are willing to cut fertilizer application rates. University recommendations suggest nitrogen application rates well below 200 pounds in northern and central Illinois. 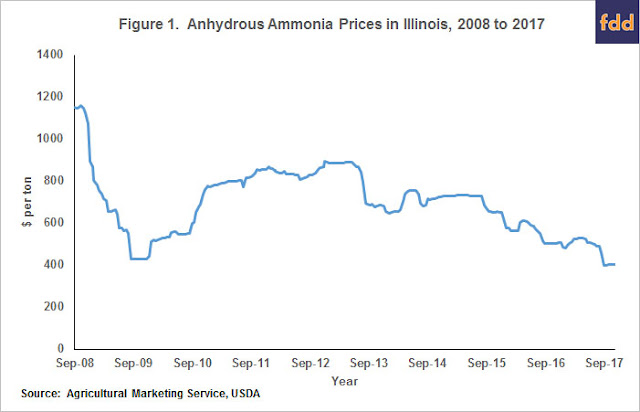 The $404 per ton average in 2017 is considerably lower than fall prices in recent years. AMS has been reporting anhydrous ammonia prices since 2008 (see Figure 1). This year’s $404 per ton price is the lowest fall price since reporting began in 2008. 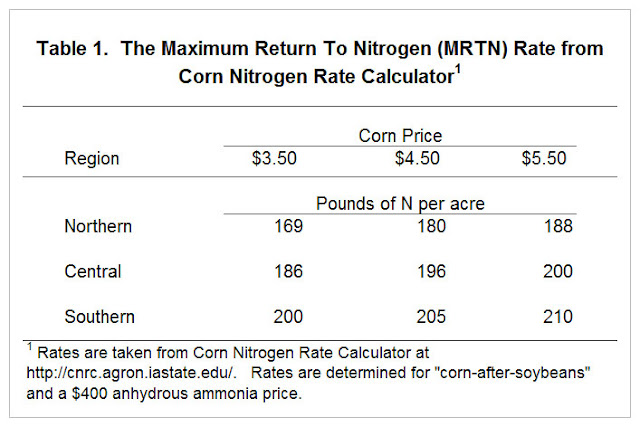 Farmers can leverage this lower price even more by using the MRTN to optimize yield. The online N-Rate Calculator is the work of seven corn state Land Grant universities. The calculator uses the prices of nitrogen and corn to optimize yield for the highest revenue. This is different than maximizing yield. It seeks to maximize dollars.

Through the lower cost of nitrogen and use of the N-Rate Calculator northern and central Illinois farmers may save approximately $10 per acre writes Gary Schnitkey on farmdocDaily.
Read more
More posts