Showing posts with the label labeling
Show all 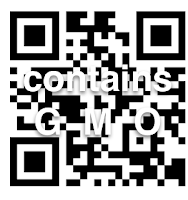 The compromise narrowly defines genetically modified for the purposes of food labels. Only ingredients derived from GMO’s made by transferring genes from one organism to another would require labeling. Foods made with ingredients where the genetic code is edited - a deleted or duplicated gene for example - would not require the GMO notifications.
Read more