Showing posts with the label soybean meal
Show all 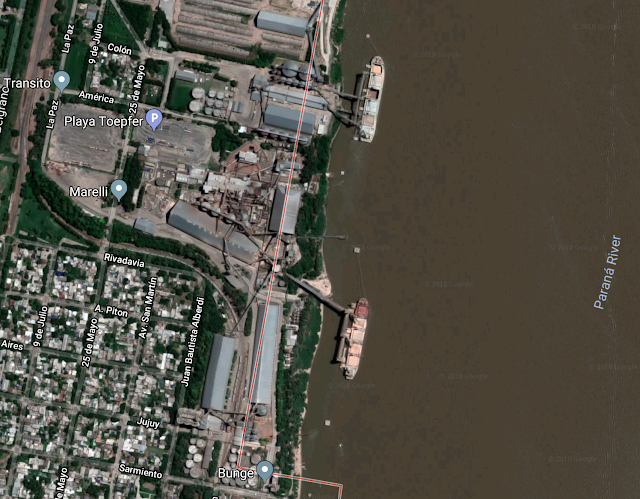 It is unclear how long repairs will take, but estimates range up to a full year.
Read more

The retail price of a pork chop is getting cheaper. The price of soybean meal is one of the reasons for the decline.

Soybean meal is an important but an “economically” secondary feed ingredient in hog diets compared to corn. Purdue University Agricultural Economist Chris Hurt thinks soybean meal costs, as a feed ingredient, have been about 22 percent of the total costs of raising hogs over the past decade. This compares to 32 percent for corn. In recent years soybean meal has been high priced. For the calendar years of 2012, 2013 and 2014 USDA reports that Decatur, Illinois high-protein meal has had annual averages between $440 and $480 per ton. But with a record U.S. soybean crop in the fall of 2014 and with the second largest crop likely coming this fall, Decatur prices may drop to about $350 per ton and then, as fall turns to winter, even further to average near $325 per ton for calendar year 2016. He says it would be the lowest annual meal price since 2007.

How much have lower soybean meal prices contributed to lower hog production costs? From 2014 highs at $480 per ton to the projected $325 in calendar 2016, costs of production would drop by $5.40 per live hundredweight due to the meal price reduction.

Livestock producers may adjust the corn to meal ratios in diets somewhat depending upon the prices of these two primary feed ingredients. For example, the 2012 drought caused corn prices to be very high relative to soybean meal prices. This relationship caused some shifting to higher protein diets because meal was relatively lower cost than corn. Then for the 2013 and 2014 crops, corn shifted to be cheaper relative to meal. This caused some to reduce their protein levels. In the coming year, corn and meal prices are returning to a more normal long-term relationship.

Estimated total costs of production for a hundredweight of live hogs reached the highest calendar year average in 2012 at $67 per live hundredweight. That dropped to an estimated $51 for 2015. Current projections for 2016 are that total costs will remain about $51. For 2016, lower meal costs are offset by somewhat higher anticipated corn costs, keeping total costs similar to 2015. Clearly a $16 per hundredweight drop in feed costs from 2012 to 2015 and 2016 is a major reduction.

Record costs of production was a contributor, says Purdue University’s Chris Hurt, to higher retail prices. These topped out in September 2014 at $4.22 per pound for USDA’s composite pork average. Of course, PED death losses also contributed to reduced pork production in 2014 as well. Lower priced feed and better control of PED has resulted in higher pork production and as a result consumer pork prices have now fallen to $3.77 per pound.

Given this, Hog producer margins are expected to be near breakeven for both 2015 and 2016. Estimated costs are near $51 and expected live hog prices are near $50. This means a $1 to $2 loss per head. Breakeven implies that supply and demand are close to an equilibrium and that all resources are receiving a “normal” rate of return. This implies that producers have little financial incentive to expand, or to contract. It also means that the lower feed costs over the past few years have been built into more pork production and consumers will now be the beneficiaries of reduced retail prices.

Weather is a primary driver of feed prices right now so no one knows if feed costs will get much higher or more moderate from here.

In June it costs about $50 to produce a hundred pounds of pork says Chris Hurt. With current higher feed prices, costs are expected to be closer to $53.50 for the last-half of 2015 and the first-half of 2016. He cautions, of course, that feed prices can change considerably depending on weather for the rest of the growing season. Right now it means pork producers will likely breakeven this quarter, and lose about $18 a head on those hogs marketed in October, November and December.

For all of 2015, losses are expected to average about $4 per head. Recent feed price increases are the primary reason the 2015 outlook has shifted toward expected losses. What is the outlook for 2016? Hog prices are expected to be around $47 per live hundredweight in the first quarter of 2016 and rise seasonally to $54 in the second quarter. Given current corn and meal prices, this would mean an estimated loss of about $17 per head in the first quarter and a profit of $10 per head in the second quarter.

Here’s how Chris Hurt puts all this data in perspective.