Showing posts with the label coronavirus
Show all 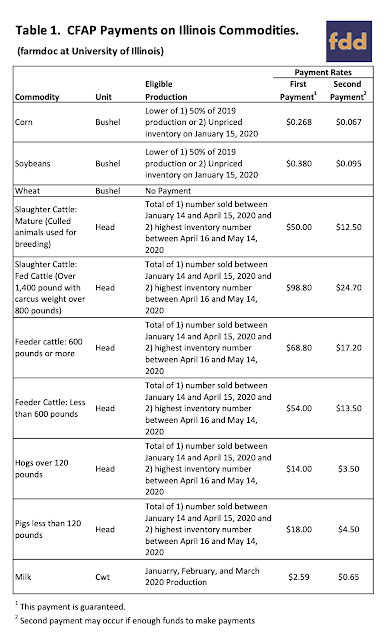 It sure looks like COVID–19 is going to do some serious damage to the nation’s corn and soybean farmers. A new study from the University of Illinois estimates the damage at about eight billion dollars. This was the case on May the 5th.

That eight billion is a decline of nine percent across the nation and ILLINOIS Extension Ag Economist Gary Schnitkey says it does not include losses that have already piled up for corn and soybeans still in the bin from last year, "If you look at the 2019 crop, obviously there are losses on the 2019 crop from the sales value, we were looking forward at the 2020 crop and getting a feel for the losses on the 2020 crop."

That loss Gary Schnitkey is talking about is the difference between what farmers were expecting to make pre-COVID–19 and what they are likely to make post-COVID–19 on the 2020 corn and soybean harvest, "So we took the futures prices on that date to reflect what harvest prices would look like, projected forward the market-year-average based on that harvest price, and came up with estimates of losses given those futures prices today (May 5, 2020). We kept the trend-line yields the same, so the calculations would only show the (COVID–19) price decline as what’s happened to revenue." 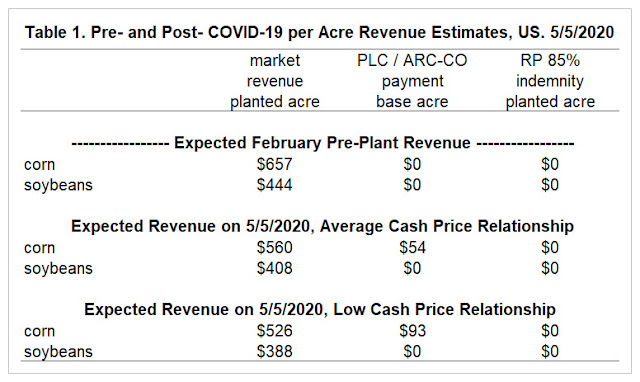 The farmdoc Daily article shows these projected lost revenues by crop, but notes that, conceptually, this does not work in practice because commodity programs make payments on base acres combined not actual planted acres. Still, it provides an important guidepost. The per acre revenue difference for corn from February to May is $107 per acre. Again these are national averages and do not include any government payments. For soybeans, it is $36 per acre.

Combined the total nationwide loss from February to May is about $12 billion for the 2020 corn and soybean growing season. A projected PLC payment for corn covers about one-third of that loss says one of the articles co-authors, Ohio State University Ag Economist emeritus Carl Zulauf, "The eight-billion-dollar estimate in the article is after we’ve taken out our estimate of the PLC payment. The PLC payment right now is only for corn at the average. We do two estimates. One for a low price and one for an average price relationship. But the PLC payment at the average price relationship is covering about one-third of the total cost. So, in other words, it is around twelve-billion, but if you net it out you get to the eight-billion-dollars." 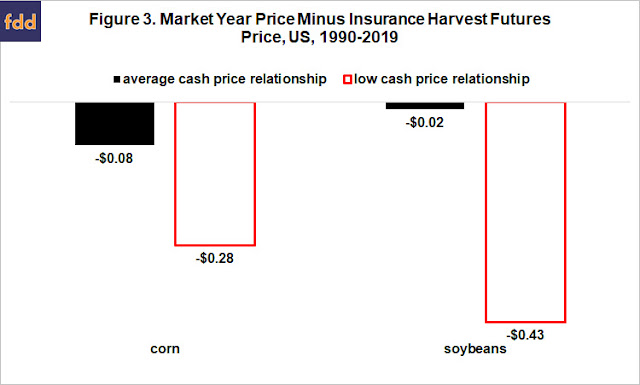 The eight-billion-dollar loss uses a basis calculation related directly to crop insurance. Stay with me here. It is the Market-Year-Average Cash Price minus the Crop Insurance Harvest Price. That’s 8 under for corn and 2 under for soybeans. If you use a wider basis under a low price scenario, say where there is a burdensome ending stocks number, those are 28 under for corn and 43 under for soybeans. In that case revenue loss is over $10 billion.

You may read the article summarizing the impact of COVID–19 on a corn and soybean farm on the farmDOC daily website.
Read more