Showing posts from July, 2017
Show all

The courts have ruled in favor of biofuels made from corn and soybeans.

The U.S. Circuit Court of Appeals for Washington, D.C. under took a case to define the meaning of three words in the Renewable Fuel Standard written by the United States Congress. The three words, a phrase, are “inadequate domestic supply”. Congress through them says University of Illinois Agricultural Economist Scott Irwin granted the Environmental Protection Agency, the EPA, the right to grant a waiver allowing energy producers not to follow the law, “Which commonsense would say, yes, you need that kind of escape clause in the statute that would say if a biofuel is not being produced you cannot require someone to consume it.”

The Obama Administration’s EPA interpreted the clause to also mean inadequate domestic demand, and consequently limited the mandated use of biofuels in the United States. The court ruled on how the EPA limited biofuels in 2016, however, it may be, thinks Irwin, that EPA will need to make good actions it took in 2014, 2015 and 2016. This may mean the gallons of biofuels not mandated for use in those three years will have to be produced and used says Irwin, “That’s right, and they even conveniently provided a table in the ruling with their calculations of how much mandate was waived that should not have been. In the three years this added up to 2.24 billion gallons of ethanol equivalents was at play in the cuts that have now been basically declared illegal.”


In the three years this added up to 2.24 billion gallons of ethanol equivalents at play in the cuts that have now been basically declared illegal.

It would take about 800 million bushels of corn to make that much ethanol. However, because there are two parts to the RFS relating to ethanol, it’s not likely corn based ethanol will be the big winner when it comes to making up the lost gallons thinks Scott Irwin, “Because of the E–10 blend wall I think, ultimately, the beneficiary of this will be biodiesel or more broadly speaking biomass based diesel. It has been filling the gaps in the E–10 blend wall in the ethanol mandate for a number of years and I don’t see why that would change dramatically with this rule making.”


Because of the E–10 blend wall I think, ultimately, the beneficiary of this will be biodiesel…

The back fill will require about one-point-five billion gallons of biodiesel. It would use about 11 billion pounds of feed stock. The number one feed stock is soybean oil.
Read more 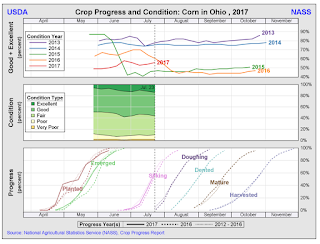 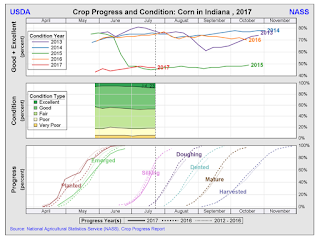 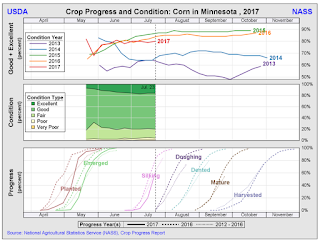 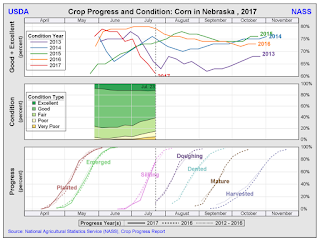 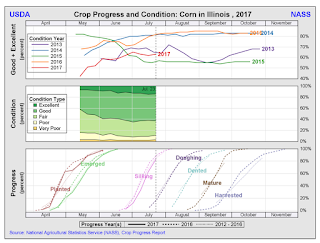 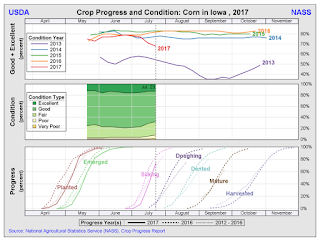 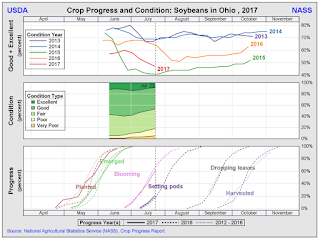 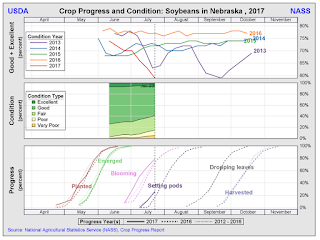 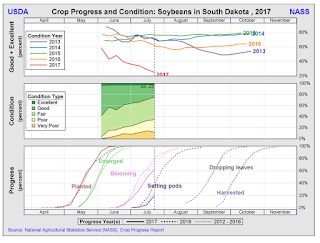 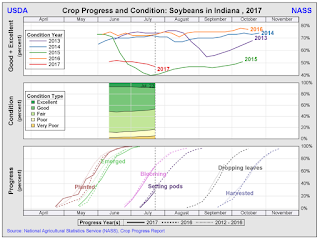 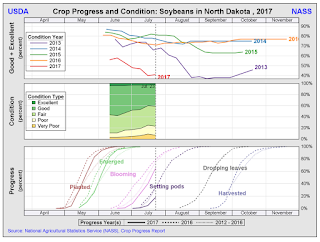 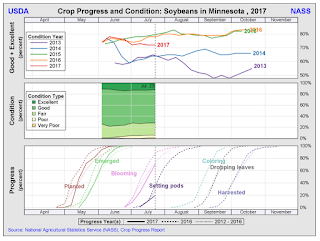 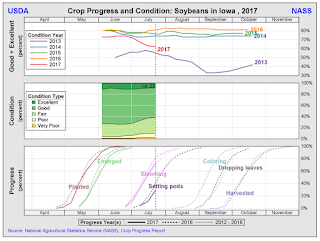 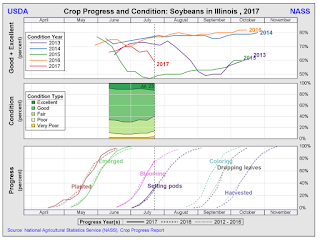 Each day the weather changes and just as often, it seems, so has the direction of corn prices. Todd Hubbs from the University of Illinois was of the opinion a couple of weeks ago that corn market had a some upside potential. It did, but now, maybe it doesn’t. This has him thinking about the number of acres of corn in the United States, the impact of the weather on yield, and how the market might react August 10th when the United States Department of Agriculture releases the first corn crop production report of the season, "We talk about increased corn acreage and maybe a yield loss below trend. Is that seven bushels to the acre, five bushels, or two bushels. It is really hard at this point to say, but I am looking at, out of my little model, 168 bushel national yield.

Still it is hard to say what USDA is going to put out on August 10th. Hubbs says he is looking forward to seeing what they say about yields. If the market is pricing in 164/165 bushels to the acre for yield corn and USDA releases a 168/169 yield, then Hubbs says the price moves won’t be good.

Here’s the upshot for Hubbs. He does not think the amount of corn left over from last year is particular oppressive to the market place. It’s big, but not enough to really weigh heavily on price. So, if this year’s corn crop isn’t near average there will be upside price potential, “I’m not as high on corn prices as I was before, but I think there is still a possibility. I see the seasonal average farm price for 17/18 corn in that $3.80 to $3.85 range with some runs.”

You may read more from University of Illinois Agricultural Economist most Monday’s on the farmdocDaily website.

Soybeans have been more profitable than corn over the last three years, and an ILLINOIS agricultural economist expects that to continue to be the case this year and next.

Gary Schnitkey has updated crop budgets for highly productive central Illinois farmland. It shows, as was the case in 2013, 2014, 2015, & 2016, that planting soybeans will make farmers more money than planting corn this year and in 2018. The cash price of corn will need to exceed $4.00 a bushel if that is to change, at least with soybeans in the high $9.00 a bushel range. Schnitkey in his farmdocDaily article, you can find that online, says there are four points to be aware of as it relates to the 2017 and 18 crop budgets. 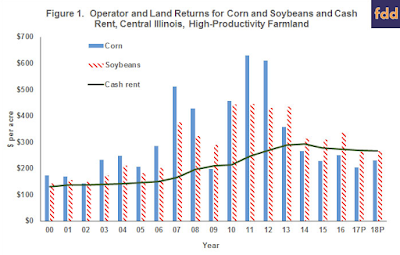 * hit the square in the upper right corner of the map to take it full screen.
* you may see photos/video by clicking on the blue pins.
* click the photos/video to make them bigger/play.
* come back often as photos/video will be added over time.

If you'd like to contribute a photo and commentary please email tgleason@illinois.edu. Send the photo, nearest town, county, and state location. Also, include a couple of sentences about planting date and conditions.

(1) The EPA under the new Administration is “staying the course” on the implied conventional ethanol mandate with that mandate at the statutory level of 15 billion gallons. If that policy continues and the rate of increase in domestic gasoline consumption does not accelerate more rapidly, there will continue to be a notable conventional ethanol gap beyond 2018.

(3) The relatively large conventional ethanol gap implied for 2017 and 2018 suggests that the current discount in the price of D6 (ethanol) RINs relative to D4 (biomass-based diesel) RINs will continue to narrow towards equality (e.g., farmdoc daily, December 4, 2015).

(4) Biomass-based diesel is likely to remain the “marginal gallon” for filling both the conventional and advanced mandate gaps. This means relatively large levels of biodiesel production will continue to be required which in turn will require large levels of fats and oils feedstock.