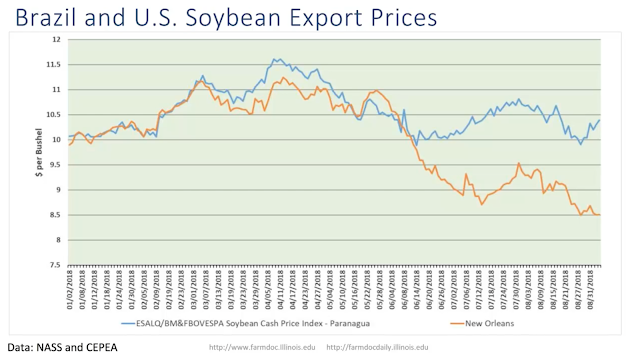 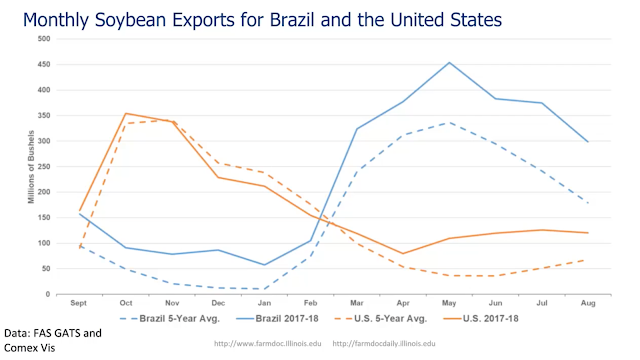 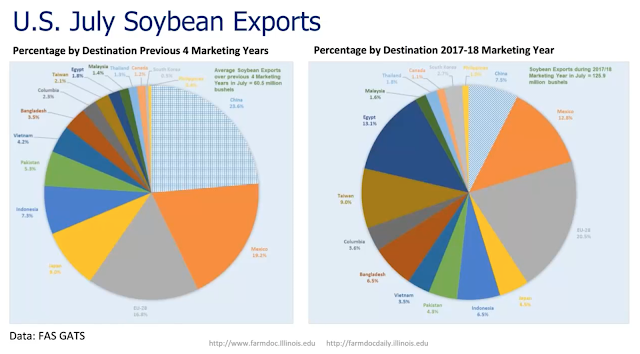 The growth of the U.S. trade deficit to China in August and the high likelihood of another round of tariffs between the two nations makes a resolution of trade issues a low probability event for the near future. U.S. exports of soybeans jumped over the last quarter of the marketing year as lower prices spurred demand around the world. A large U.S. crop with lower export demand over the next marketing year set up a bearish picture for soybean prices.